Is It Worth Buying a Gaming Laptop? Pros and Cons.

When it comes to playing AAA computer games on an advanced level, most gamers swear by a powerful and more affordable desktop gaming computer. But nowadays, the comparable performance of computer components can also be found in the form of a gaming laptop.

Big laptop brands such as MSI, Acer, Asus, Razer, Alienware, … with their laptops are best known for efficiency, fast response, and optimal performance of high-resolution gaming. They feature high-end graphics cards, a powerful processor and a large memory capacity. This allows them to run the most demanding games anywhere and anytime.

Compared to traditional laptops, which can provide optimal performance only in essential use, such as web browsing and text writing, gaming laptops can easily run very demanding computer games. As well as demanding programs for image processing, vector drawing, and 3D design.

Efficiency, responsiveness, and fast start-up come in handy when living a fast-paced life and expect the most from your laptop. So a gaming laptop is far from just suitable for gaming. Still, it becomes a favorite companion of every designer, developer, and businessman who wants the maximum performance that a laptop can offer.

Pros and Cons of a Gaming Laptop 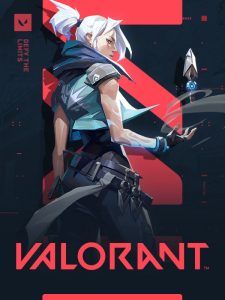 Valorant is a free to play, competitive, tactical shooter game from Riot Games. It features a futuristic atmosphere, full of tactics and death. Even though it is free to play, it’s still needed to meet the minimum system requirements of an Nvidia Geforce GT 750 and i3-4150 processor. However, suppose you want to experience Valorant as intended. In that case, your computer should meet the recommended requirements of an Nvidia Geforce GTX 1050 Ti and Intel Core i5-4460 for the game to run smoothly with no graphic stuttering whatsoever. If you want to enjoy the game on a laptop, make sure you check this list of five best laptops for Valorant I compiled for you.

Valorant is a 5v5 character-based tactical shooter with hypernatural powers where one team attacks and the other defends. It’s been developed by the creators of League of Legends, Riot Games. Here in this guide,...